Naked ambition or disrespect for athletes?

Can someone please explain to me why Great Britan's female athletes have to pose naked in order to get funding from the National Lottery and British Gas?

"Thanks to National Lottery players, over 1,200 athletes are benefitting from world-class support for 2012. The National Lottery is also contributing up to £2.2bn to the London 2012 venues, infrastructure and legacy. www.national-lottery.co.uk/bepartofit"

It appears that the national lottery is funding more than just the women's swim, synchronized swimming and water polo teams, and yet the women’s water teams are the only ones getting their kit off.
No male swimmers? No women's shot-put, discus, or wrestling teams?
Since the national lottery is also funding the venues and infrastructures, why not have some tasteful nudie shots of the organizing committee or would that be too disrespectful of those in authority?

The discussion about how well women's teams get funded compared to men's always ends in the old "women are not as athletic/strong/fast/violent, therefore not as interesting to watch.
This publicity does nothing to improve on that ignorance, and undermines thier sporting abilities with the lack of skill shown in the photo.
This picture is 100% about the beauty of the women. There isnt even any sporting equipment in the shot.

What is the relevance of these women’s naked bodies vs. their performance in their sport of choice? This is an especially important question since they have photo-shopped them so heavily so that they are all smooth and flawless. The flip side of that being that they have also removed most of the muscle tone.
What the heck are all the girls dreaming of national league supposed to think when they develop their wonderful strong, muscular frame of an athlete, and it looks NOTHING like the athletes on that page?

These women, for better or worse have most of their bodies accessible to the entire world for as long as the internet is open, and that is totally their choice, right?

When asking if they were coerced in any way, ask this. - Have any of them released naked photos of themselves on the net without the incentive of team funding?

While you think about that, go ahead and ponder and what level of respect is shown here for female athletes. 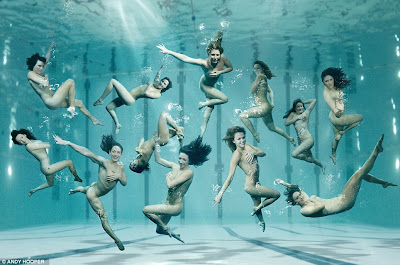