Hey Bank!*
You just offered to increase my ability to borrow money by $15,000 dollars.
That’s more than I can repay. But you know that.
What you don’t know is that my partner and I recently separated, I’ve been diagnosed with an illness that will be costing me money, and my job at the time you offered me a card was not a stable one.
Why don’t you know? Because you never asked.
Why would a professional banking institution offer to loan money without checking if it can be paid back? Why would you send me ANOTHER credit card in the mail, if you don’t know what my income will be next week - it quite clearly changes in my bank statements.
The only logical reason I can think of is because you do better if I can’t pay it off. You get more money in the end by ruining my reputation and financial future.
I’m smart enough to know this, smart enough to cut up the cards, and refuse the increases.
I’m sure there are plenty of people trusting enough to think that a bank wouldn’t offer something out of their league.
I wonder if they are looking for a mortgage lender…
Because I am. And as far as I’m concerned, offering me something I can’t pay back, on terms that are not properly discussed, with a client you haven’t met… Well if it isn’t unprofessional or deliberately shitty, then it’s terribly stupid.
None of these things will result in you being the people who handle my home loan, when I decide I am ready for one.
So bank… quit being a douche. I’m on to you. 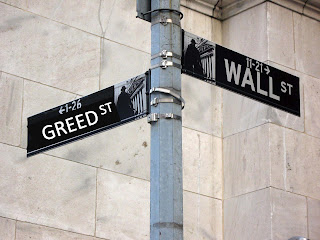 Dear Comedians... we need to talk about rape. 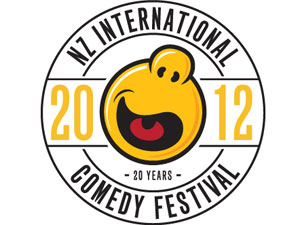 I just wanted to have a wee chat about rape jokes. It’s the end of the NZ comedy festival for 2012, but it’s not too late to improve in time for next year.
As a basic rule of thumb, comedy thrives on taking awkward social situations and twisting them to make people laugh. Rape is not an awkward social situation. It’s a violent crime.
Some of the best comedians I have seen have told jokes about their own awful life experiences… I’m yet to see someone get up and do an anecdotal bit on rape. Possibly because of the fear that every time we make light of it, another person thinks what they did was ok. Possibly because most people never get to the point where it is a laughing matter and remain un-medicated.
Humor is one of the best survival techniques to trauma that I know of. Generally this is for stuff like, falling down, embarrassment, “stupid shit I have done while drunk”, self-destructive behaviour due to youth, addiction, stupidity etc. Not so much, stabbings, rape, domestic violence.
Also, I get to laugh at my trauma when I'm ready. What the fuck makes someone qualified to tell a room full of people that you know they should be desensitised enough to laugh at something as awful as rape.

Here are some basic rules of thumb about what is and isn’t funny.

If someone did something harmful to themselves, it might be funny.
If someone was hurt by someone else, it probably isn’t.

If someone tells a story themselves, to strangers. It’s probably funny.
If no one tells it in the first person, it probably isn’t.

If you wouldn’t use the phrase at a dinner party “go on tell the one about when you were raped”
Then don’t stand on stage and tell “the one about someone being raped.”

Because (and here is the bit where I get serious) every time you tell a joke about rape, rapists, rape victims, or just use the word rape to explain how hard your life is (it isn’t, shut the fuck up), someone in your audience got chills. Someone felt the hair stand up all over their body. Someone felt bile rising. That person who walked out, they probably needed to be sick.
One in about 7 people in your theatre would have been trying not to cry, or trying to remember to breath. Some would have been using self-talk to stop a panic attach. Some would have felt the urge to scream when the man behind them laughed throatily at your rape joke because… why? Why would someone laugh at a rape joke? Because they have done it and got away with it?
Because they knew someone who got away with it? Because they hate women/men so much they think they ASKED for it?
Every time you tell a joke with rape as a punch line or story thread, you are hurting survivors all over again.

So go on, tell the rape joke. And look and I mean REALLY LOOK at your audience. Look at who is laughing. But more importantly, look at who isn’t. And choose to never do that again. 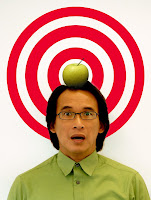 And a big shout out to Rabon Kan, who not only had walk outs in his shows, but didn't learn from it, apologise for it, or indeed respect the complainants.
I used to find you funny. Now you make me feel physically sick, and unwilling to be alone with you.