Tonight was remarkable.
I can’t actually find words to describe the evening in one starting sentence so I’m going to compare it to a scenario...

It was a bit like going to what you thought was going to be a panto, then realising that you were a bit overwhelmed by the talent of the actors, and it turned out there was a sexy nude scene that you just didn’t see coming. And yet it all seemed perfectly natural, and at the end, you walk out covered in glitter, voice raw from cheering, and think… What the fuck just happened? 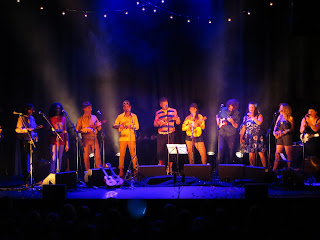 At one point in the show my face looked like this… 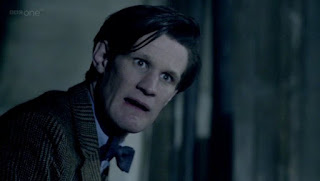 It was a sort of horrified overwhelming TERROR and joy all at the same time.
Not a look you want to see on your audience’s face, but it was for all the right reasons. James Hill blew all my preconceptions about the limitations of the ukulele right out of the water.
Everything I thought I knew was gone. It was a bit like finding Jesus, and realising he was your Dad. What do you MEAN you can do all that with a FUCKING UKELELE!? What the hell have I been learning guitar for?!

The man played a bunch of beautiful songs, made all the more beautiful by the work of celloist Anne Janelle.  He then proceeded to NAIL a few popular songs, give out playing tips, and do THIS.

He gently guided us into it by showing us how a Uke can make percussive noises, but even after he showed us how he did it I was left with the urge to check behind him to figure out where the extra musicians were hiding. It was a musical magic trick and when he took it to the next level with his final number the crowd went INSANE.

In the second half, the focus was the orchestra and it was admittedly a level down from the ninja stylings of James, but just as enjoyable for different reasons.  I’m not going to get into the specific songs, because this is a whole new list of numbers for the group and I don’t want to ruin the surprise for the lucky people who will be seeing this tour. Needless to say it was beautifully performed with heart, joy, and perfect delivery. Each of the members shone in their own moments, And I’m not even going to get into the MUSICAL moments that they shone…
My highlights were;

The fact that every time the understated Nigel Collins stepped up and did anything you could hear the audience breathe a little shallower, afraid to miss something.

Bec Coogan bringing the audience (and perhaps the orchestra) to their knees with her amazing percussion skills on the spoons. But without the spoons… Basically she played the thighs, and it was awesome.

The sexiest skivvy fashion parade I’ve ever seen from Dan Yeabsley. I was disconcertingly fond of a turtleneck by the time he had finished with the audience.

The fact that the joy of performing together literally swamped the audience within the first 30 seconds and I was grinning like a LOON by the end of the first number.

By the end of the concert the audience was clapping, singing, and laughing together. Within 2 hours the WIUO had coaxed what seemed like a rather reserved, quiet crowd out of their shells, beyond their insecurities, and into the music.
The audience felt themselves be a part of the show, and I don’t think it will be easy to recover from.

So really, in summary. Thank you. You have a new fan-for-life; I’m off to go browse WIUO on itunes. 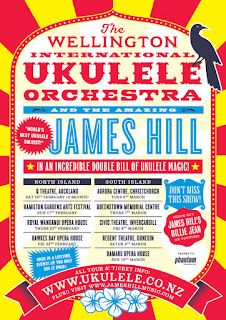