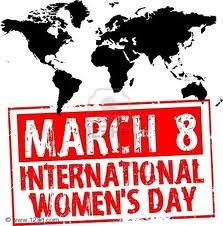 My Voice.
New Zealand women are allowed to vote. The 1893 women’s suffrage petition resulted in the Electoral Act of 1893 which gave New Zealand (and Cook Island) women the right to vote. This is in comparison to:
1902 Australia
1906 Finland
1913 Norway
1915 Denmark (which included Iceland at the time)
1917 Canada, Lithuania, and Latvia
1918 UK,Hungarian democratic republic, Moldova, and Ireland
1919 Armenia, the Netherlands, the Ukrainian SSR, Southern Rhodesia, and Luxembourg
1920 USA and Albania.

Side note: women did not win the right to run for the New Zealand elections until 1919, 16 years later.

Being allowed to vote may not seem like a unique or pivotal thing in my life, but it really is.
For two reasons: One, that I take my right to vote very seriously and enjoy participating in discussion around what is happening in NZ politics.
Secondly, I am really proud of what New Zealand women and Kate Sheppard managed to achieve by obtaining the vote for women. It is a sign of good things in this country, tangible proof that this tiny country can start a wave of hope all around the world and be a trend setter.

I completed high school with a bursary qualification, and I went on to complete a degree.
Kate Edger was the first woman in NZ to earn a university degree in 1877.
In the proportion of adults with bachelor’s degrees or higher, New Zealand ranked fifth equal (with Denmark and Canada) out of 30 OECD countries, with a rate of 25 percent. This was above the OECD median of 20 percent. Countries that had higher proportions of adults with tertiary qualifications at this level included Norway (32 percent, the highest rate) and the United States (31 percent). Australia (24 percent), the United Kingdom (23 percent) and Ireland (21 percent) had lower proportions than New Zealand.
Among 25–34 year olds, New Zealand ranked fourth with 33 percent having tertiary qualifications at bachelor’s degree level or higher. This was above the United States and Australia (31 percent), Ireland (30 percent) and Canada and the United Kingdom (both 29 percent).
New Zealand is among the 25 OECD countries in which females aged 25–34 years are more likely than males of that age to have tertiary qualifications at bachelor’s degree level or higher.

I work a 40 hour week as a registered nurse, a secure role with a heavy physical work load and high expectations of behaviour and professional growth. This workforce is an unusual one with women making up only 95.5% of registered nurses (Ref Kai Taiake nursing journal).
I’m really lucky because although nurses have the second highest rates of workplace injuries, New Zealand has a system called ACC which means that if I get hurt working to help other people the government (theoretically) has my back, supplying health care and rehab, and covering part of my lost wages. Unfortunately as I have a new diagnosis of Arthritis, most of any future claims I may have to make are probably going to be refused on the grounds that I have a “pre-existing condition”. This is a load of ass in a lot of cases, but urgh, I have to pick my fights. It is a fallible system, but it is significantly better than life without that particular ambulance at the bottom of the cliff.
In my career I have little interest in a management role, as my specialised clinical role provides a wonderful sense of satisfaction which I would lose if stuck behind a desk.
In nursing management roles = 4.1% of male nurses
In nursing management roles = 3.6% of female nurses
The New Zealand Nursing Workforce; A profile of Nurse Practitioners, Registered Nurses, Nurse Assistants and Enrolled Nurses 2010
Nursing council of NZ
The downside is that at the age of 30 I have hit the glass ceiling financially in the field of my choice. It is intensely frustrating knowing that I have so much knowledge, and love to improve and learn, and there is really not too far to go as far as financial remuneration.

There was a promise made by the New Zealand government internationally of 50% gender parity in government-appointed bodies by 2010, which has not been met and has now slipped to an 8.5% gap.
At this point as far as I’m concerned THIS is where I want to see improvement within employment for NZ women, because the government CAN make these promises and demands. The private sector cant and probably won’t make the same promises of gender parity, (and we could debate the good and bad of that til the cows come home) but the government can.
I would love to see our government showing employment equity and providing their workplaces as a great example of what we can do with strong numbers of women in, and leading the workplace.

I’m unmarried, and am lucky enough to have a family that wouldn’t care if I never married (whatever the reason). This hasn’t really been a problem here, however if my partner needed decisions made on his behalf due to illness or injury, his absent family members would warrant more response than I would within the legal and medical systems.
As defacto partners who have lived together for more than two years, here in NZ if we separate we are legally able to separate assets in the same way we would have to if we were married.
Given the wage difference of around 10.5% between men and women in New Zealand (NZ stats 2011) this agreement does favor the female in a heterosexual relationship without children, (obviously only if there is an income difference in the male partner’s favor). I’m pretty sure that most people in my situation walk away with what they came into the relationship with; NZ is not a particularly litigious country.

NZ is still light years behind where we should be when it comes down to how women are treated in the community and viewed in the media. If I wear shorts or a skirt above the knee I WILL have someone honk, shout, or make a comment. Women in positions of power are treated like crap by the media, and their views are secondary to a briefing on what they are wearing and eating at the start of every interview.
Women who are single at my age are questioned on their relationship status at every social gathering, and those of us in relationships will be asked about kids. It doesn’t matter how rude either of those questions are. It is like there is a little vomit that has to happen at the beginning of any social conversation.
Women are judged on how they dress and how much they have drunk and this spills over into the legal system. Cases of rape have never even made it to court, because a woman was too scared to report/persuaded to drop charges due to a state of inebriation at the time of assault. Cases have been lost because of the victim’s traceable history of ‘promiscuity’ through online dating.
This is BULLSHIT, and needs to change. Slut-shaming is not ok, and I think the NZ feminists stepping up and questioning how women are portrayed in the media are awesome.

Health care in NZ in a lot of ways is very good, with one major flaw when it comes to women’s health – Abortion.
Abortion is governed by the NZ crimes act. No other medical procedure is treated this way.
If I need an abortion here in New Zealand I would have to see a doctor, lie and claim that the pregnancy and subsequent child would cause mental health issues. I would then be referred to a second doctor for a second tick to say that I would be batshit crazy if forced to proceed with the pregnancy. I’m super lucky because my GP is already an obgyn, but if they weren’t, I would have to ensure the second doctor was either/or a gynecologist or obstetrician. (Can anyone say rising costs?)
More than 98% of all abortions in NZ are given on the grounds of mental health… these statistics shouldn’t be so skewed by reports led with lies.
I would then need to make an appointment in order to actually have the required procedure.
Although abortion is legal here in NZ, these clunky laws with all the requirements that overlook an adult’s right to make choices about their own body undermine my legal status as an independent adult.
THIS is room for change here in NZ, and something I am willing to put my voice and face behind in our future in order to keep moving forward in women’s rights.
If you would like to see abortion decriminalized, you can join ALRANZ too. 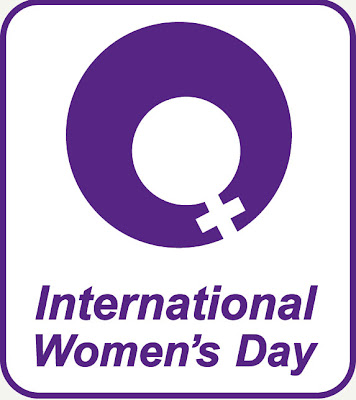