Muriwai tragedy of a fisherman and a shark 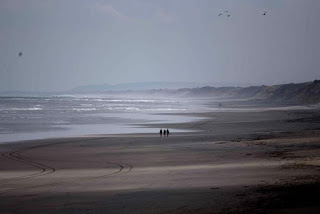 My heart goes out to the family and friends of the man who died at Muriwai today. I know the feeling of a knock on the door and the world dropping out from under you. It’s horrible to have to keep going after news that someone has been suddenly taken from you, and made infinitely worse when you know they had no support at the end.
I hope that somehow the media attention makes them feel as though they are more supported, and not that the focus is being taken from his life, through the manner of his death.

Just a gentle reminder to anyone rude enough to speak up on this topic without knowing the full facts, that humans in wetsuits have a silhouette remarkably similar to seals. It is a testament to the fact that sharks do NOT target humans deliberately that there are so few shark attacks, in spite of this similarity.

To put it in perspective, shark attacks are so infrequent in NZ we have less than one every 5 years.

In a year in New Zealand…

We have around 547 Suicides


There are around 277 hospital mistakes causing death or serious injury.

There will be around 123 drownings

There are 60 deaths related to hospital acquired Venous Thromboembolisms (VTE)

There were 27 family violence deaths reported in 2011

15 deaths of women during pregnancy*, and childbirth

8 children per year died as a result of injuries arising from assault, neglect or maltreatment

And in the hour it took for the news to break of a shark attack on Muriwai beach 22,831 sharks were killed around the world for FINS ALONE, meaning the rest of the body was thrown back into the water, wasted.

So if it is part of your job to report on this poor man’s death, please try to be reasonable and sensible. He had every right to feel safe in and around the water, his death was a tragic and unusual accident, and his family deserves peace and privacy.
Go safe my water buddies, sometimes life just kicks the shit out of you, and there is nothing you can do to see it coming.

*The statistics show the number of fatalities, notified to the Department of Labour under the Health and Safety in Employment (HSE) Act 1992. The statistics do not include: fatalities in the maritime or aviation sectors or due to work-related crashes on the road as these are investigated by Maritime New Zealand, the Civil Aviation Authority and the NZ Police respectively. Nor do they include fatalities from long latency diseases caused by exposure to hazardous substances.

*irrespective of the duration and site of the pregnancy
Posted by Scuba Nurse at 5:29 PM