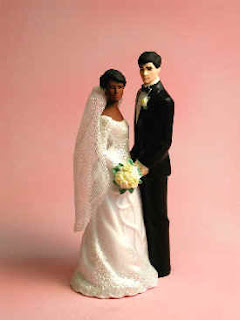 It's actually going to happen. And oh boy are there going to be some people with their panties in a twist over this one.

Are you sick of pushy, feminist, Kiwi gals with no respect for men?
Think you want to meet a nice girl who you know hasn’t been touched by another man? Are you sick of the fiancée claiming headache stasis to avoid you?
What if we could help you find a girlfriend who hasn’t opened her legs for every man on the street?

ScubanurseNZ is giving away a wife!

But we're not going to give this opportunity to just anybody ... to weed out the no-hopers and time-wasters, there is a process. If you're interested in holy matrimony with a potentially hot foreign chick, write into our comments section on this post, and in less 30 words tell us why you should be the winner. If we pick you, you'll be heading to Burkina Faso in Africa with 12 nights' accommodation with $2000 spending money to meet the lucky lady!

No, you are not participating in the circumcision.
Yes, in many areas the young women WANT the procedure done to help them catch a good man.
If you are a good man, this could be your lucky day!
If that lady takes a shine to you, your whole world could change.

This trip of a lifetime includes
(a) To choose one lady from those registered to have their circumcision in the month of March, to talk with and view the procedure.
(b) Visa application for a temporary visit to Burkina Faso.
(c) Return flights from Akl, Wgtn or Chch to Ouagadougou via Dubai & Accra flying Lufthansa Airlines departing March 23 and arriving home April 7.
(d) $2,000 NZD spending money.
(e) 12 nights’ accommodation in Zaporozhe (excluding breakfast).
(f) Extra’s include a food and beverage welcome pack on arrival, first day breakfast, a bunch of Roses for the lady on their first meeting, interpreters for the first meeting, 3 hour safari with the lady, taxi’s to and from the safari, photographer on the safari. 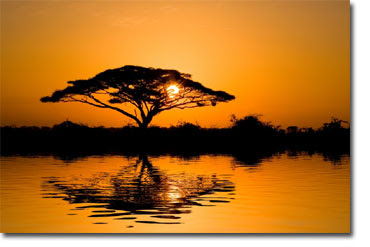 Terms and Conditions
1.ScubanurseNZ’s WIN A WIFE promotion gives the entrant the chance to win a trip to Burkina Faso to meet women who are interested in marriage to New Zealand men.
2. The promotion period begins on Monday 7 February and closes on Monday 28 February at 9am, 2011.
3. The prize will be judged and winner confirmed on Monday 28 February by phone. The Judges will be nominated by ScubanurseNZ.
4. Entry is via ScubanurseNZ website and entrants must submit a photo of themselves and follow the application process. All photos will be cropped to be upper torso and head only.
5. Photos and application forms will be moderated by ScubanurseNZ and will only be uploaded for entry to the competition if deemed suitable by the ScubanurseNZ appointed judge. No pornographic photos will be accepted.
6.The 5 finalists will be subjected to character assessment from friends and family and psychometric testing and suitability for marriage testing by a psychologist appointed by ScubanurseNZ. Viewers will vote online at the website for who they would like to win the competition.
7. The prize does not include visa application or travel for the Burkina Faso woman to come to New Zealand, this is the responsibility of the winner.
8. The winner will be chosen based on their total combined final score. The final score is composed from the total number of online votes.
9. The winner must be able to take the trip on the dates and times specified, if not it is forfeit.
10. Participants must be over the age of 18, have a current passport, and must not have any legal reasons preventing them from leaving New Zealand or entering Africa. Participants who are already married will be disqualified.
11. Any extra’s not specified in the prize details above are the responsibility of the winner.
12. This is a hoax and there is nothing to win. Please do not apply.
13. The winner takes the prize entirely at his/her own risk and indemnifies ScubanurseNZ in respect of any claim for any accident, injury, loss of life or failure to find love that may occur in connection with the prize. The Winner is responsible for all insurance, tax or other costs that may be associated with the prize. We suggest travel insurance.
16. To the fullest extent permitted by law ScubanurseNZ will not be liable for any loss or damage whatsoever (including but not limited to direct or consequential loss) or for personal injury as a result of winning the prize.

The first question on the board below...
Why would you trivialise the horrific, disturbing and downright evil procedure of FGM by comparing it with a radio promotion which essentially wins somebody a date in the Ukraine?
If anything it serves to highlight that there are far more serious things in the world (happening to 6,000 girls a day no less) than a few shock jocks.


I couldn’t have gotten a better question if I had requested it.
You are right to ask.
Because this IS offensive.
And it ISNT funny.
And it does exploit young women in the most horrific way.

So what is the difference between this and the Radio competition?

The ONLY difference is that we start this competition two steps before the time that the radio station does.
The radio station is offering the chance to win a date with a woman who is interested in marrying a Kiwi man. So am I.
There is no overt coercion in either competition.

In both competitions the woman chooses the marriage.

My competition terms and conditions are the EXACT same as the radio station ones.

So what’s your big issue?

Oh – FGM?
Well yes, that is a really objectionable activity.
It leaves women hurt and scarred, and vulnerable.
Many women still want this to be done because due to culteral norms that would horrify us, without it they are unable to get a ‘good’ husband.
But I agree, the practice is barbaric and cruel, and yet another way of controlling women to meet men’s needs.

Let’s just take a little look at the Ukrainian women involved with the “foreign bride” sites.

This is a woman who is opening herself up to marriage to a foreign stranger which will mean leaving the country, language, food and people she is familiar with.
Why would she do this?
How bad would your life have to be for you to do this?
Because this woman IS you.
She isn’t stupid, she isn’t an infant, she isn’t anything different to us.
Something must have happened for her to be this desperate to get out and away from the Ukraine...

Perhaps finances are rough and the risk of having sex with a stranger husband seems less risky than actual prostitution.

Perhaps their family owes the gangs/money lenders money and she can pay that debt off by participating in this venture.

Between 1991 and 1998, 500,000 Ukrainian women had been trafficked to the West, those who manage to escape traffickers or are frightened of following may take this as the “better” option.

By 1995, due to the collapse of the Ukrainian economy the shadow (illegal business) economy accounted for 50 percent of the GDP The result has been a criminalization of the economy in general and expansion of organized criminal networks. Jobs are scarce for anyone, let alone women.

According to the International Organization for Migration (an American organisation), all mail-order-bride agencies with women from the republics of the former Soviet Union are under the control of organized crime networks. http://www.ncjrs.gov/pdffiles1/nij/grants/203275.pdf

Starting to get a picture?

So at some point in most of these women’s lives they have been hurt, or are at risk of being hurt in the future.
The only difference between my competition and the radio’s is that they don’t show the woman being hurt; they just wait until they are vulnerable enough to be preyed upon.